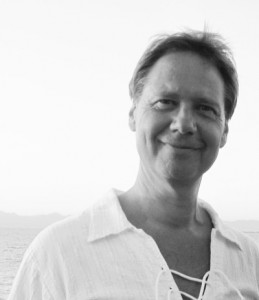 Zintis was born in Kalamazoo Michigan to Latvian emigrant parents. He was raised in a household filled with love, art, culture and spiritual openness. During his late childhood and as an adolescent, he widely explored the metaphysical and channeled literature that was available at the time. He was especially influenced by the Seth Books as channeled by Jane Roberts.

Zintis was fortunate to live in West Germany in the 1970’s and in Denver, Colorado in the 1980’s. In 1987 he moved to New York City. During his time there, he was trained to be a Reiki healer, and also became familiar with many other forms of energy healing and bodywork. Among these are polarity healing, pranic healing, shiatsu, therapeutic touch, acupressure, kinesiology, and different forms of massage. In 2003, Zintis became as Reiki master teacher.

Between 1989 and 1994 Zintis worked at Gay Men’s Health Crisis, the largest AIDS service organization in the United States. It was during this time, that Zintis began offering healing sessions on a full-time basis.

In 1997 he started teaching yoga classes, and in 2000 built and opened his yoga studio, the Yoga Barn. From 1999 to 2011 he taught annually at the Rio Caliente Spa near Guadalajara, Mexico.

Since 2002, he has expanded his work to much of the US; London, England; Riga, Latvia; and other locations.

Zintis is living and working in Belleville, NJ as well as Sullivan County, NY.